Just finished reading this great book. It is full of references from my stay in Korea and from Korean movies, that bring back good memories.
But no Granny assassians 🙂

From the amazon page for the book

The Old Woman with the Knife

At sixty-five, Hornclaw is beginning to slow down. She lives modestly in a small apartment, with only her aging dog, a rescue named Deadweight, to keep her company. There are expectations for people her age–that she’ll retire and live out the rest of her days quietly. But Hornclaw is not like other people. She is an assassin.

Double-crossers, corporate enemies, cheating spouses–for the past four decades, Hornclaw has killed them all with ruthless efficiency, and the less she’s known about her targets, the better. But now, nearing the end of her career, she has just slipped up. An injury leads her to an unexpected connection with a doctor and his family. But emotions, for an assassin, are a dangerous proposition. As Hornclaw’s world closes in, this final chapter in her career may also mark her own bloody end.

A sensation in South Korea, and now translated into English for the first time by Chi-Young Kim, The Old Woman with the Knife is an electrifying, singular, mordantly funny novel about the expectations imposed on aging bodies and the dramatic ways in which one woman chooses to reclaim her agency.

https://www.koreabybike.com is a new website which details all the major bike paths in Korea.

Well worth a look

Just finished watching the 2016 Korean film The Handmaiden.
It is a beautiful film to watch and the soundtrack is very well done, particularly: IMI ONEUN SORI (임이 오는 소리) The Sound Of You Coming

Netflix and Amazon Prime are serious impediments to productivity.

I watched Parasite a month or so ago. I really enjoyed it. One of the themes of the movie is social inequality and the lack of ability to move up in status / income.
It’s interesting that Korea’s income distribution is not too different to America’s.
But you always hear Americans talk about “pulling yourself up by your bootstraps” whereas in Korean films this is not that common.

It does have Song Kang-ho in it as did 2017’s A Taxi Driver which I also liked. I will watch anything with Song Kang-Ho in it.

It consisted of twenty 50 minute episodes. It is a typical Korean drama involving the heroes fighting corruption, but it is very slapstick.

They should have cut back on some of the slapstick because at times it became very annoying, but overall a Solid B, but not worth a repeat watch.

Season two of Kingdom just popped up on my Netflix viewing list.

– Korean period drama
– Zombies (nearly as good as Train to Busan)
– A great cast including Bae Doona, one of my favourite Korean actors.

The second drama, Kingdom킹덤 is a mix of Korean period drama (good) and a zombie movie (very good … seen Train to Busan?)
It has Bae Doonna in it. Season One was worth the time, can’t wait for season two. 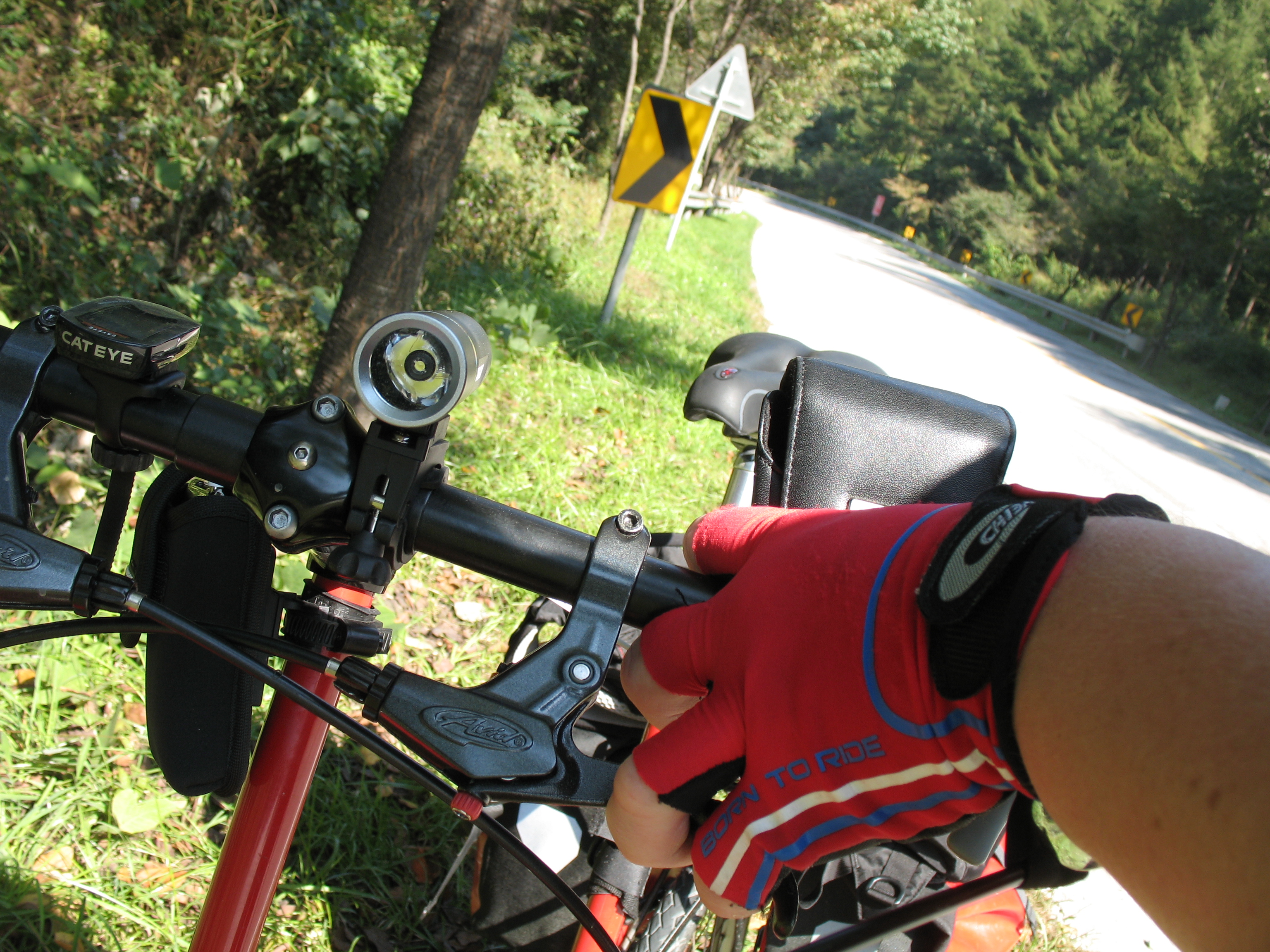 The second day of my cycle tour involved a few hill climbs. I imaged cycling to the top and then having a rest.
In reality I walked to the top and had a rest or two. 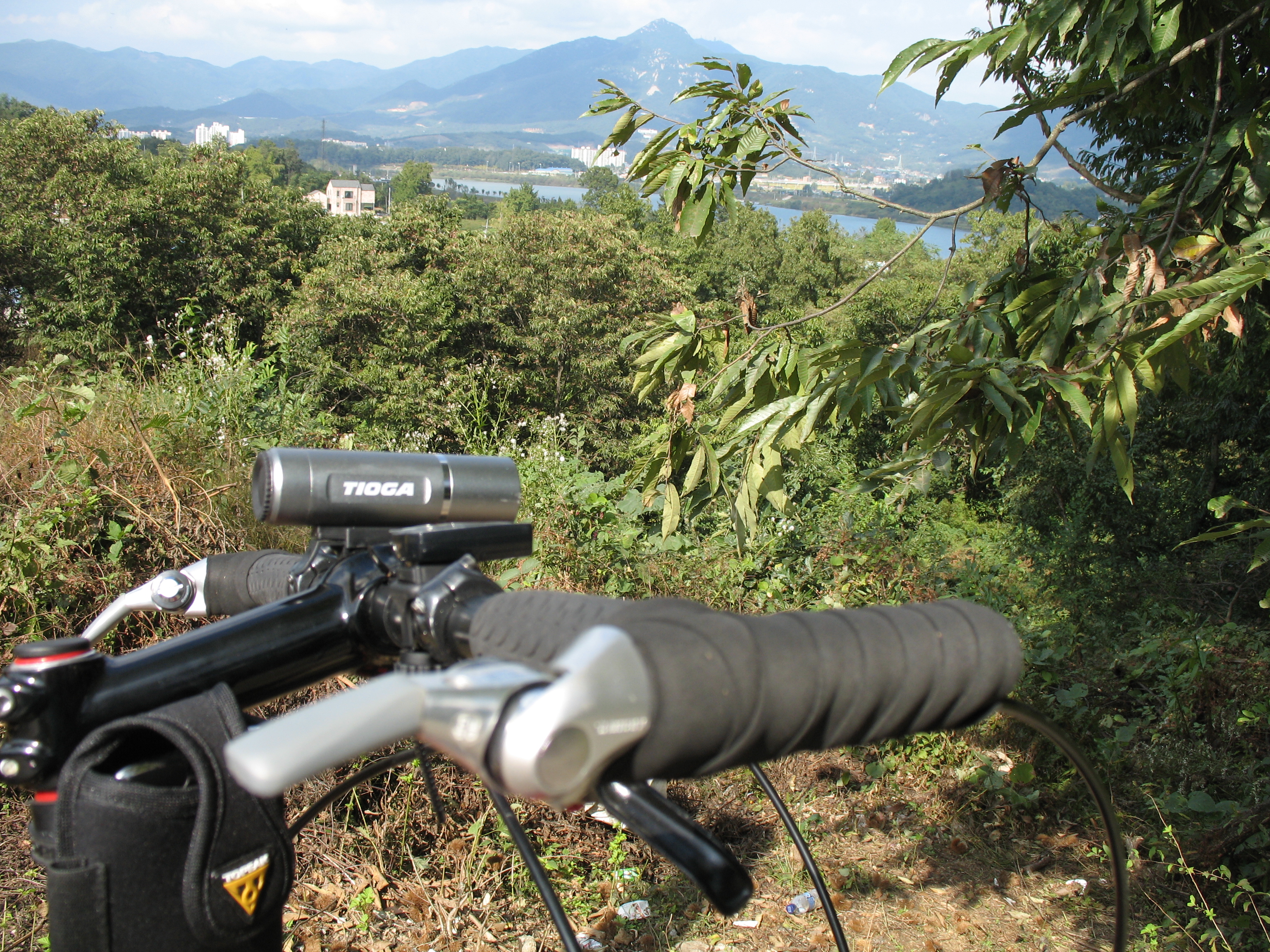 Looking back at my lunch stop

The Korean word for Mosquito is “mogi”
You will often see this happen in Korea.
The Korean government say they have eliminated Malaria from Korea. This is one of the ways they do so. Every street is visited by a car or scooter in this case spewing out a cloud of mosquito poison.
Often you will see kids running behind this very same cloud.